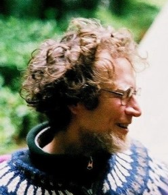 Acting:
​
Radio Plays:
Acted in CBC Radio Dramas in the early 1970’s.  As well my scripts were produced on Studio ’71, Studio ’72, Terra Nova Theatre, and CBC Stage.  Just completed a Play for Voices:  “Ocean Of Childhood – My Father In The Arms Of A Poem.”

Various lead and support roles in Radio Drama in the late sixties and early seventies.  Appeared on Stage in various productions in Newfoundland: in Comedy, Drama and Musicals.  Wrote, directed and acted in Media Outport, a short for the NFB.

Most Recent Role: Quite a while ago in an experimental film shot in Boulder, Colorado, Punk World, written and directed by Boris Carpman.  Role of: “The Storyteller”