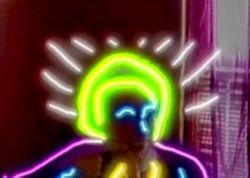 Terra Nova Theatre  (Writer)   "Penfield's Skipper"
[Please note that Penfield's Skipper - was the first of the Quantum-Linked meta-structure of what would evolve/transmute into "The Terra Nova Quartet. That's where "Ern and Maud" were introduced, before the 1984 release of "Maud's House"  (Volume One of the same Quartet) For the past quarter century Bill has been meta-linking all of his work.
​2022 will see Phase twoo of the Meta-Linking. Sonic-Dramas and two Movies-For-The-Blind releasing and grouped around our new approach.

Studio '71  (Writer)   "Can Those Bones Live?”
​
Bill Gough began his Broadcasting career in Gander, Newfoundland at CBG. He was an announcer-operator &  announced, ran equipment, wrote news, did hundreds of local interviews, and produced documentaries as well as reading/producing  his Radio Essays.